In July, JLA organised a ‘Fun Day’ which was enjoyed by colleagues and their families as well as raising a staggering £1,828 for their Charity of the Year – Andys Man Club. 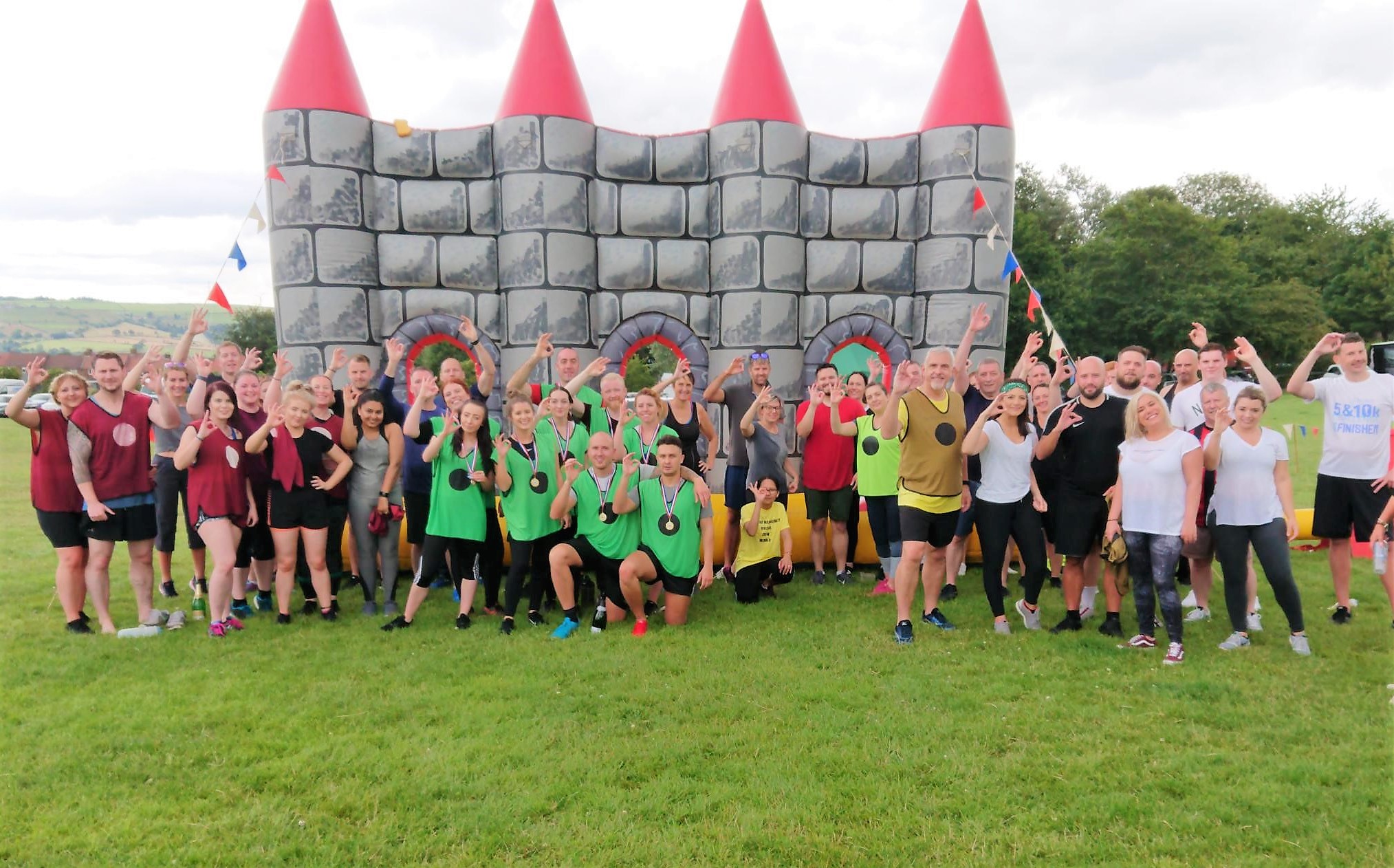 Founded in 2016, the Halifax based charity was set up by Luke Ambler after his brother-in-law Andy Roberts took his own life. In response to this tragic life event, Luke set out to provide a space for men to talk about their problems without judgement or feeling like a burden. After starting out as a small support group the organisation has grown rapidly, with more clubs being set up throughout the UK. The charities effort form part of an ongoing drive to reduce male suicide rates which is currently three times higher than that of females.

One of many fundraising events, the family day attracted over 300 people, many of whom joined in a fun challenge which included all the authentic props, costumes and inflatables used in the original It's a Knockout ® TV show.

Face painting, children’s entertainment and a chance to meet the West Yorkshire Fire Brigade and explore their fire engine were amongst the activities for all the family. Every penny of the money donated to Andys Man Club will go directly into creating new groups and to support their ambition to prevent male suicide across the UK.

For more information about Andys Man Club or to find your nearest group please visit: www.andysmanclub.co.uk

How to open a successful launderette business

help us uncover our JLA All-stars

JLA Tops the League Tables for the Oratory Schools Association

Why Now is The Perfect Time to Upgrade Your Boiler

Welcome to the All-New JLA.com!

JLA Catering: Second to None

Cooking up a Storm with a JLA Combi Oven

Total Care in Action at Sue Ryder - The Chantry

JLA and The Tea Cosy Café

domestic bliss if youre a working business
JLA Video Testimonial from The Talbot Hotel, Malton

Free School Meals - Are You Ready for the Rush?
Escape the Red Tape of Yellow Waste Bag Disposal

Choosing the right dishwasher for your business

CQC warnings on the rise...could you be next?
Hotel checks in with JLA for laundry cost savings

A Pioneering Company in the Best of Health
dishwasher care home

Care Leading the way in laundry design and planni